another year shot to hell 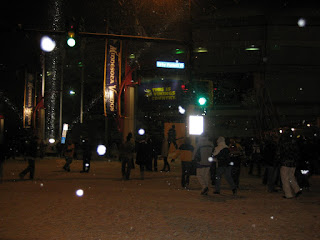 and tonight is Christmas Eve, time for a different kind of games... We're spending the evening with our friends Diane and Tony and various of their family members and friends. Last Christmas Eve, we stayed up with them playing the addictive Mexican Train Game til about 3 a.m. They all missed midnight mass.
Posted by Howard at 4:59 PM No comments:

last night, doing some desperate channel-surfing, I landed on one of those presidential-candidate debates, this time Republicans. These are really painful to watch, but, even though I will end up voting for whoever the Democratic nominee is, somehow the Republican debates are easier to watch. When they screw up or make total fools of themselves or call each other names, I'm kind of happy. When the Democrats debate, all I can do is cringe, because I have to vote for one of those stiffs.

I don't know why anybody would run for President these days. Who but a fool would go through the humiliating process? I mean, it's kind of amusing to watch Rudy Giuliani pretend to be religious or any of these Republicans pretend to care about public education, but how refreshing would it be to see real debate, to have these candidates say what they really think? And the media outlets are disgusting in their coverage of all the wrong non-issues! I must admit, though, as I look up at that line-up of even these Republican candidates, that any one of them seems to least have a brain, unlike the current holder of the post. I don't have the patience for this campaign and wish we could ignore it, but I do look forward to that magical date: January 20, 2009, when somebody else moves into the White House.

Tom, my son, prides himself on being non-political, but the other night he had a dream that we all went rollerskating with Hillary Clinton. My question, of course: was she wearing one of those hideous pantsuits? Can she possibly look all that bad in a dress?

Hillary isn't so bad. I could vote for her. The main issue I, like many of my fellow Democrats, have with her is that she voted for the Iraq war and until recently still supported the idea of that war. Other people that I know, people who would normally vote for a Democrat, say they wouldn't ever vote for Hillary because of the possible "dynasty effect" -- a potential 28 years of 2 families in power: Bush, Clinton, bush, Clinton.

but then there's Barack Obama, who has the limpest handshake of any man that I've ever shaken hands with. Doesn't a handshake say something about a person?

Or John Edwards, with that annoying accent?

What is remarkable is how all these candidates are making non-candidate Al Gore look so good. I of course am thinking that maybe he wouldn't look so good if he were standing up there at the debate podiums next to all these other chumps. Still, if he were running, I think he would be my guy.
Posted by Howard at 4:01 PM No comments:

the thing i don't like about my digital camera 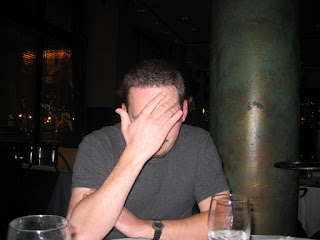 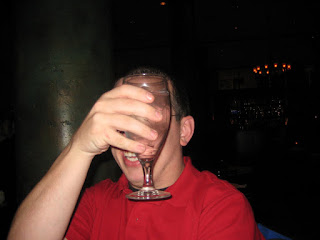 are they all like this? Do they all have the DELAY (that word again!) between when you push the button and when the camera flashes and takes the picture? you see, i hate posed pictures of people. i like pictures of how people really look, not how they look with a fake smile.. The problem with the delay is that it gives the subject of the photo a chance to react -- to force a quick smile, to make a face at the camera, to put hands in front of faces, whatever! and some people are not cooperative -- right, Jon; right, Tom?? i think i might have to go back to disposable cameras for people photos. the digital camera works for still-life and scenery.
Posted by Howard at 8:28 PM No comments: