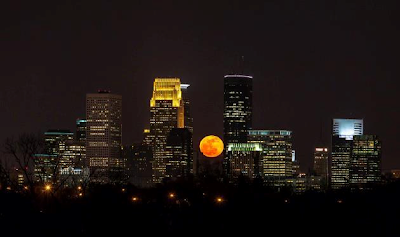 My busy season, which includes insane office hours at times, brings out love/hate emotions in me, and each year I find ways to mentally escape.

Last year, for instance, I went home after long work days and over the months re-watched all the James Bond movies.

This year, expecting a more-stressful-than usual season, I've had several escape mechanisms.  I put the blog on hiatus -- and maybe you thought it was on life support -- but it will rise again.  And Jerry and I found a couple TV shows to distract us those late winter nights.  We got through three seasons of the addictive PBS series, Downton Abbey, in about a month.  We are almost through the second season of the HBO show, Girls, which is sort of the direct opposite of Downton Abbey.  I continued to try to master that Chopin piece (see my January 30 post, "It Might Drive Me Mad") and am near admitting defeat, but at least it was a distraction that kept my fingers pounding on something other than a computer keyboard.

And April arrives tomorrow and I will try to flip back into a normal routine in two weeks.  Meanwhile, the office is humming  this Sunday morning.  Somebody told me that this is Easter.... whatever that means.
Posted by Howard at 10:26 AM No comments:

Ten years ago this week, the United States invaded Iraq, a country that had done us no harm other than having a nasty dictator, and usually the U.S. has had no problem tolerating nasty dictators:  quite often, they are our allies.

But bush and cheney, the theoretical heads of the free world at the time, needed to invade somebody.  After all, we had been terrorized on 9/11/01 and there was no winning to be had in Afghanistan, so let's invade a country that had nothing to do with 9/11 and then sell it to the revenge-seeking American public as somehow connected.

It was a criminal act.  Many thousands of people, including more Americans than were killed on 9/11, died as a result of their lies.  These men, bush and cheney, as well as their accomplices, should still be held accountable for crimes against humanity.  Instead they roam the world in blissful retirement, seemingly oblivious to the destruction of their direct making.
Posted by Howard at 6:01 PM No comments:

no, not the Steinbeck novel... 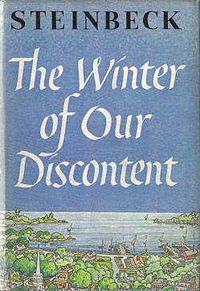 .. or the Shakespeare play that the phrase comes from:  This is about the winter of 2013, a winter that, because of its length and severity, has people in certain parts of world just plain pissed off.  Not just here in Minnesota, where it's still cold and snowy in spite of the fact that tomorrow is the first day of spring (as well as my son Jon's birthday, as he reaches the age that Jack Benny claimed).  I see Facebook posts from friends in Pennsylvania, New York, etc., that complain, and my friend Elke in northern Germany is just fed up with winter too.  I don't remember hearing people express winter discontentment like this before.

Me, I work all the time, and I admit that it was harder to work last winter when it was 80 degrees than it is now with single-digit temperatures.  Jerry is somewhere in the Caribbean, spring-breaking with James, and having them gone makes it a little easier to work too.  But I'm getting restless....
Posted by Howard at 5:58 PM No comments:

Every day is a work day, and it seems like every day we get some snow.  I look out my office window, and I don't wish I were outdoors.  It's white everywhere.

Last week, I took three days off and left town for some recuperation.  Of course, to assuage my guilt, I made myself work 80 hours the week before in anticipation of that, so by the time I got on an airplane I was goofy.  While on the plane, I listened to iPod music on my headphones and had a gin-and-tonic next to me, and my mind was racing into weird fantasies of permanently disappearing somewhere, and I imagined finding a place where nobody would ever think to look for me (I came up with Rapid City, South Dakota).  But then I woke up in Las Vegas, which is probably the first place people would look for me.

And since getting back, I've been doing another work marathon, but the break was worth it.  And the snow comes down.  And the blog is back.
Posted by Howard at 3:46 PM 1 comment: