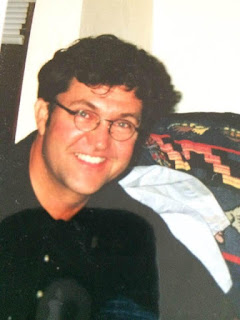 the year since Jerry left us

Sunday, September 9:  the one-year mark of the day when Jerry -- my partner, lover, best friend -- gave up his fight with brain cancer and passed into his next adventure.  While since that moment there has been no day with zero tears for me, he sends me messages -- through monarch butterflies, cardinals, dreams, and pennies from heaven -- letting me know that somehow somewhere he is okay.  I sure would rather have him right here with me.

Some people have asked me how I plan to observe that one-year anniversary (is "anniversary" the right word?).  The purpose of this note is to answer that question and to invite my friends and others who loved Jerry to share that day of remembrance with me.
*****
First, back to Bach:  September 9 will be a Sunday, so I'll be going to my church in the morning, and it will be Rally Day, which happens to be my favorite Sunday of the church year.  Rally Day comes the first week after Labor Day, which is of course the unofficial end of summer.  Morning services tend to be scaled down during the summers, when a lot of people are off up north at their lake cabins or on vacation or taking a break wherever.  But on Rally Day, the church year starts over.  It is sort of a "comeback" day.  The choir is back, all is refreshed and normal.  And my favorite part -- the tradition at my church -- the organist/choirmaster Philip Brunelle plays as the prelude Bach's Toccata and Fugue in D Minor on the amazing Plymouth pipe organ.

Feel free to join me at this service.  In fact, I'd be honored to see you there.

My church (very liberal, yet traditional, as I am):  Plymouth Congregational Church, Nicollet and Franklin Avenues in Minneapolis.  The service begins at 11, but, if you come, be sure to be there soon after 10:30 to hear the Bach prelude!
*****
Next, a sort of open-house at my home:  Starting at about 1 p.m. until probably into the evening, I would like to open up my house for friends and Jerry-fans to stop in and say Hello and/or hang out as they wish.  It will be no big deal, no RSVPing necessary, just a celebration of normal life.  You can bring a snack if you like (or not) and maybe we'll order some pizza or something.  The Vikings game will be on the TV off in the background, and, weather-permitting, we can drift outdoors Creekside.

If you don't know my address in Golden Valley, please messenger me or call me or something, and I'll get it to you.

Ideally, it will be one more day to remember Jerry's phenomenal life and -- for me, maybe for you -- to try to figure out how to emotionally maneuver the upcoming second year of him being gone.
*****
September 9, 2018.  Who knows.  Maybe it will be some sort of Rally Day.

do you know the way to San Jose?

If you know me or if you were one of those people who read my blog during those years when I blogged every single day, you might remember when, back in 2011, Jerry and I brought my grand-nephew James here to Minneapolis from New Jersey the week after he graduated from high school.  We became “helicopter uncles” there for a while, helping him figure out college and work options and life in general.  The whole project could have flopped, but it didn’t.  James blossomed into a wonderful young man here in Minnesota.  Two years ago, he graduated from the University of Minnesota and launched himself into a career that seems to please him so far.

But life moves on.  He recently received an offer for a job in San Jose, California, and is moving there.  In the next few days, he is driving his car to California, and I’m going with him for that road trip, then I'll be flying home from San Jose, leaving him there to explore his new life.

I can’t help but feel sad to see him go and, at the same time, so proud. Jerry is looking down, I bet, and feeling the same.  Good luck, James.  We love you. 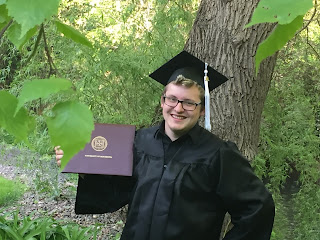 Posted by Howard at 4:57 PM No comments:

I've been doing this for a number of years, ranking the Best Picture Oscar nominees from my own twisted point-of-view, and this year I found myself longing for the days when there were only five nominated pictures instead of nine.  For one thing, this hasn't been a normal year for me, so I had to sort of binge-watch as the Academy Awards got close.  Beyond that, though, I just didn't think there were nine films worthy of being nominated for the Best Picture of 2017.  Argue with me if you wish!

But the program is tomorrow (Sunday) night, and tradition rules my life – so here we go. My favorite to least-favorite:

just a stranger in a strange land

This time of year, I get a kick out of friends who have transplanted to Florida and feel the need to taunt those of us in chillier states about the “paradise” in which they live.  They temporarily forget that they also live in the state with the worst drivers and the most miserable summers (I almost added “and little Marco Rubio” but decided to keep this post non-political).


Being a transplant myself, having lived in Minnesota – land of tater-tot hotdish and icehouses and SuperAmerica – longer than I lived in my native southern New Jersey – land of cheesesteaks and the Jersey Shore and Wawa -- I hope that most transplants find ways to stay loyal to their roots…


… which somehow this week brings me to the topic of football.


Growing up in the shadow of Philadelphia, the natural tendency is to be a Philadelphia Eagles fan, although there are some bizarre exceptions to that rule (Think: goofballs such as Cowboy-loving Chris Christie).  Living in Minnesota and surrounded by a sea of purple, it’s not hard to become a Minnesota Vikings fan, and the Vikings became my #2 team when Minnesota became my adopted home.  Jerry and I had Vikings season tickets for a number of years, and I would enthusiastically cheer for them unless they were playing the Eagles, in which case I’d wear my Eagles gear to that game, of course…


… which brings me to this weekend’s game between the Eagles and the Vikings, the NFC Championship Game.


One team will go home after the game and the other will go on to the SuperBowl here in Minneapolis in two weeks.  In a way, it will be a win-win and also a lose-lose for me, however it turns out.


Without question, I’m 100% for the E-A-G-L-E-S!  Let me say this, though. The stereotype “Minnesota nice” has the reputation of being a thin-layered fake niceness, but I have found deep friendships here with a lot of wonderful people, and, if the unthinkable happens and the Vikings somehow win, my consolation prize will be seeing all those smiles around me.  And somebody has to go beat the dreaded Patriots.