i was thinking about hillary

October was a weird month and now it's over, with nothing left of it but Halloween night, an annoyance at best.

For me, it was a month of tremendous dissatisfaction (hence, no blogging) for which I have no explanation.  I've had this urge to do something totally radical without having any decent radical options.

I'm thinking it's a panic-at-this-stage-of-life thing, realizing that there isn't enough time left to do everything and anything.  Boredom with the routine, maybe.

Or maybe just too tired to deal with the routine much longer.  The age thing again.

And that's when I thought about Hillary Clinton, an amazing woman of about my age, who may run for President in 2016, three years from now, potentially taking office in 2017.  She would be one of the all-time great Presidents, probably.

But why the heck would she want to?  Isn't she tired too and how much more tired will she be in a potential term extending eleven years from now?  Being President is hard work and, especially these days in the current political environment, ultimately unrewarding.

If I were her, I'd say No and go hang out with Bill.... well, at least some of the time anyway.  It's hard to picture the two of them being totally retired and watching "The Price is Right" together.

Something else.  But something.
Posted by Howard at 11:02 AM No comments: 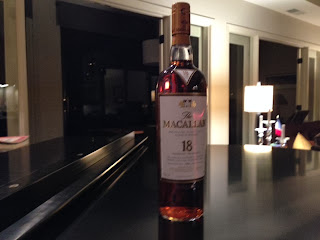 we've got to get ourselves back to the garden

It's so hard not to go on a useless rant about John Boehner and his treasonous lunatic-fringe Tea Party idiots, but you're hearing enough of that already in these shutdown days, unless you are one of those people who only get their "news" from FoxNews or Rush Limbaugh, in which case, what the heck are you doing reading my blog anyway??

Hey -- the Montreal Botanical Gardens.... If you go to Montreal, it's a must-see -- the 2nd or 3rd largest botanical garden in the world (depending on which tour book you read).  It's beautiful and peaceful.  A good escape.

YUL to MSP (two days ago)

Back from Montreal... what a great city.... I could live there.  (Watch the video in full screen if you can)
Posted by Howard at 2:47 PM No comments: