Not sure how to write today. We arrived in Hawaii three nights ago for a two-week post-busy season vacation. Early the next morning, I received the horrible news that my brother-in-law Dave (see my post of March 17th) had died. He had been sick and in the hospital for a couple weeks, but his death was unexpected.

We are a very close family, my five siblings and myself, even though we are spread all over the place, so we are a family stunned and sad. Without question, this is a time to be together, so this afternoon I am leaving Hawaii for a few days, flying to North Carolina to be with my sister and the rest of the family.

As I write this, I'm overlooking the Pacific Ocean on a perfect early morning in Honolulu, but my thoughts are elsewhere. There are times when it is hard to reconcile the beauty and the harshness of life.

We'll miss you, David. You were an irreplacable part of the family.
Posted by Howard at 12:25 PM 2 comments:

tax tips from a pro

April 15th, tax deadline, a date which for 30 years has found me exhausted -- not from writing those checks to the IRS, which is tiring enough, but by working my butt off so that everyone else can write those checks to the IRS. So tonight, for me personally, is a night to celebrate getting a life back that approximates normality.

I of course have my opinions about the IRS and know U.S. tax laws better than the average taxpayer does. It's a highly messy cesspool of regulations and rules, but it's something, and I get a kick out of the occasional politician who tries to score points by wanting to "abolish the IRS". It sounds so nice in the abstract, but replace it with what? -- Something that no doubt will benefit his or her major contributors.

The people that really annoy me are the "anti-tax" people: the ones who don't want any of their tax dollars going to something they don't use -- mass transit, maybe, or parks or libraries or poor people. My answer to those loudmouths is that none of their tax dollars do go to those things -- Let's say that my tax dollars are spent on those things. And let's say that none of my tax dollars go for military spending. The anti-tax people never complain about the $700-billion military budget, which is almost more than all the other countries' in the world military budgets combined. Literal overkill. So their taxes can go for war. My taxes can go to feeding starving children and none toward bombing them. Let's all pick and choose. We can all find something in government spending that we like.
Posted by Howard at 4:03 PM No comments:

Email ThisBlogThis!Share to TwitterShare to FacebookShare to Pinterest
Labels: taxes 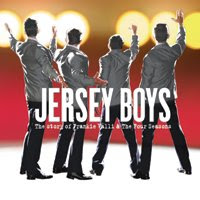 It was all just too good to be true. We all need our rewards.
Posted by Howard at 12:03 PM 2 comments:

i've decided to become a Republican