I was just several years behind him, but I remember when Mick Jagger turned 30 and I had moments of wondering if I should listen to the Rolling Stones anymore.  After all, it was the baby-boomer era of "Never trust anybody over 30!"

But I kept playing the Stones and always will, and, as Mick Jagger turns 72 today, I'm still several years behind him, in a baby-boomer era of questioning whether anybody under 30 can trusted.

Mick is still spry and performing and in great shape and might still be doing "Jumping Jack Flash" at age 100.  We went to see him and the Stones just last month here in Minneapolis.  It's been great having him along for our ride through rapid decades.

the science of knowing when to drop 'em

As of this moment, I have 278 "Facebook friends", a term that a few years ago would have meant nothing.  To say that I have that many "friends" also means nothing, trust me on this:  A few of them I've never met, a couple of them are deceased, some are cousins that I haven't seen in 40 years, quite a few are high school classmates that I never had an actual conversation with in high school but with whom I am Facebook-conversing about seeing each other next month at our high school reunion.  It's weird.

Of those 278 real and pseudo friends, about ten percent of them are posting annoying crap non-stop, the worst being right-wing ignorant nonsense:  outright racism, Obama-bashing, Christian persecution-complex, gun-nut stuff, that sort of thing.

The casual observer of my plight would say, "Well, dude, if these misguided fools are annoying you every day, de-friend them!"

Do I want to only surround myself with people who think like I do?  Do I want to know what "the other side" is thinking?  As I despair for this divided country, is it hard to look away from the current and oncoming trainwreck?

Since I started writing this post a few minutes ago, I have dropped no one....
Posted by Howard at 7:05 PM No comments:

it's going to be hard to keep my mouth shut

It's hard to not be a cynic and, as the US is bombarded with overload over next year's Presidential election, embarrassed to be on the world stage.

Full disclosure:  I'm ready to vote for Hillary Clinton for President.  I love Bernie Sanders, of course, but I'm a pragmatist of sorts, so Hillary is the best we can do.

But it's those 16 clowns chasing the Republican nomination that are capturing the headlines because they only make news when they say something stupid, which is always, and meanwhile who knows what the real stories and worldwide issues are?

The past couple weeks, it's about Donald Trump, a joke candidate who craves any kinds of attention and whose hairdresser I envy.  I mean, what do they talk about during the haircuts?  Alternate styles?  Alternate hair colors?  Or is Trump insisting that nothing change because it's so perfect as it is?  Does the hair stylist have other customers that maybe are impressed that he or she does Trump's hair?

Meanwhile, Trump the bigmouth attention-grabber is leading the other 15 Republican candidates in the polls.

As a realist (some of the time), I also recognize that whomever the Republicans nominate could actually win, and it scares me to realize that if I had to pick one of the 16 to be President, it would probably be Trump -- primarily because the others are so horrible (Ted Cruz as President??) but also because I have a couple of good nostalgic Trump memories that are distorting my reasoning.

For instance, back in the '80s, I enjoyed his 1987 book, The Art of the Deal.  The man at least used to be brilliant, and his whack-job status hadn't quite wiped out his accomplishments in real estate and business in general.

And then there were his three Atlantic City casinos, which I guiltily loved way more than I should have and which all went downhill and closed or are almost closed after he exited.  I make no excuses for having good memories of fun there with my mom and my sister Joan and my son Tom in places that had the gold-lettered TRUMP name everywhere.  How did I know that the dude would become so attention-consumed -- dangerously so -- that he would say anything just to be outrageous?

Owning casinos vs. running the U.S.?  Both are crapshoots, for sure, but we can do better than this.  I hope.

As far as the really crazy stuff he says (immigrants, Mexico, birther nonsense, maybe even John McCain), I'd bet that most of his rivals at least partly agree with him, they just don't have that who-cares-what-you-think Trump mouth.  The next few months will be trying.﻿
Posted by Howard at 2:48 PM 1 comment: 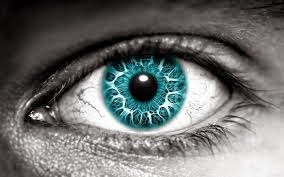