the morning after the fireworks

It's a perfect Sunday morning here on our deck. Except for the fact that the movers will be here in about an hour to take away the deck furniture that I'm sitting on.

Last night, we took a break from the final packing and sat here on the deck with Tom and watched the Aquatennial fireworks, which are always the best fireworks of the year. Before that, we had dinner with our friends Dina and Norby and their two little boys, Lucas and Dante. They thought we needed that dinner break too, and at this point we are taking advantage of any breaks we can get. We took them over to see the new apartment (that we have started moving in to), which of course is just a basic apartment, but they liked it and envied the freedom that we have right now, that we are in such a good position to take our time to find that great new home.

(Then last night when I went back to the apartment, I was talking to two people in the elevator, and they told me they too had moved into their apartment for just a couple months -- and that was two years ago, and they're still there.)

So I will miss this house terribly, but I know we got a good price for it, I know we have lots of great memories.... and now it's time for the next adventure.

And the next time I blog from these deck chairs, it will be on our balcony at the new place.
Posted by Howard at 8:44 AM No comments:

oh, what a circus! 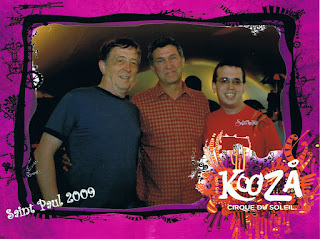 Much of our packing for this double-move is done, but it's hard to make that final push.
***
Three sets of movers will be arriving within the next week: first, Sunday, the guys who will be moving some of the larger stuff that we're taking to our interim (or not so interim?) apartment; then, Monday, the piano movers to gently (I hope!) move the Steinway into climate-controlled storage somewhere; and finally, next Wednesday, the company will pick up all the rest of the furniture and boxes that, at least in theory, we will not be needing for an unknown number of months.
***
Tomorrow morning, we pick up the apartment keys. Our plan is to start setting up there so that on that final moving day, next Wednesday, we can go just collapse into our new temporary home (but, really now, aren't all homes temporary?). Sometime after that, we'll house hunt. After we catch our breath.
***
We took a break from the ongoing moving stresses last weekend to take Tom to the latest visiting Cirque du Soleil-in-a-tent show, Kooza. That's me, Jerry, and Tom in the photo, in case you just happened to stumble onto this blog and are wondering, who the heck are these clowns? Jerry and Tom, Tom especially, are big Cirque fans. It was a great show and a nice diversion. Life under a tent riding a unicyle on a high wire? There are worse things.
Posted by Howard at 6:45 PM No comments:

sneaking me across the border

I spent a couple days this week at a conference in Chicago, and when I say "in Chicago", I use the term loosely. It was held at a hotel out in the suburbs by O'Hare Airport, so all I saw of Chicago was the hotel and freeways and airplanes flying overhead. Downtown was of course nowhere nearby. It was kind of good to get out of Minnesota for a couple days, but somewhere along the way in my life I became an urban guy, and, if I have to spend too long in the 'burbs, I get the shakes.

Which brings me to a situation.

Jerry and I, as you remember, are moving into a furnished apartment very temporarily (we think) while we house-hunt. We've looked at some houses and condos, mostly without specific direction but presumably (in my mind!) within the city limits of either Minneapolis or St. Paul. Jerry, though, has a certain kind of house -- a 50's-era rambler -- that he loves. The problem is that very few of those homes are located within the urban core. So he talked me into at least looking at 50's-era ramblers in Golden Valley -- a suburb. "But it's the first suburb west of Minneapolis!" he says. "Parts of Golden Valley even seem like they are part of Minneapolis!"

So I looked. And there are some cool houses. But it's still the suburbs: Chain-restaurants and a higher-than-desirable number of Republicans per capita. Get in your car to go across the street.

But we didn't find just the right house in Golden Valley. So he showed me a house just a couple blocks outside of Golden Valley, in Crystal -- two suburbs outside of Minneapolis. Do you see a pattern developing here?

So as I push for "location! location! location!" and he searches for a certain style of home, we may find ourselves staying in that downtown apartment (26th floor, not 20th) longer than we would have predicted!
Posted by Howard at 4:41 PM 4 comments:

Email ThisBlogThis!Share to TwitterShare to FacebookShare to Pinterest
Labels: Jerry

billie jean was not his lover

I'm home for lunch, so I've switched on the Michael Jackson memorial service.

It's been interesting over the past several days to see the overwhelming worldwide reaction to the death of Michael Jackson. I was never a major fan (to me, the Jackson 5 marked the unfortunate end of the great Motown sound of the 60s), although I had my moments -- I thought "Billie Jean" was a great song (and video), and I thought that Michael was the best part of the movie version of The Wiz. But the story of Michael Jackson, with all its musical milestones and bizarre behind-the-scenes personal behavior, perhaps made him not a real person -- more like a product or an institution. Maybe that's why people are so affected by his death.

And the stories will continue, as long as his supporting characters live on -- the strange family members (Joe Jackson? LaToya?), the ex-wives, his children, the doctors who wrecked his face and those who medicated him to death. And his fans, as long as they live and remember the music they once loved, never can say goodbye.

(but Queen Latifah is cool).

Cheers, Michael the person: a bit screwed-up but kind, which is a whole lot better than screwed-up and unkind, and there's plenty of that out there.
Posted by Howard at 12:10 PM No comments: 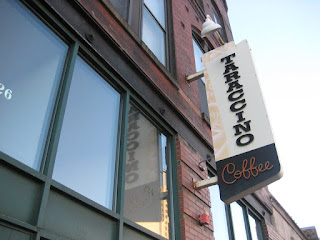 The week was wild, but the merger of my business happened painlessly on Wednesday and, on the home front, we think we have found an apartment downtown (20th floor) to live in as we house-search over the next several months. I've slept better the past couple nights. A Tylenol-PM helped.
Posted by Howard at 8:38 AM No comments: