I didn't set out to skip two weeks of blogging.  It's not like I didn't have anything to share.  Maybe I just wasn't ready to share.

Remember when I said I was feeling the need to make a radical change of some sort?  Well, that radical change may be imminent or it might not happen at all.  Whichever it is, getting close to doing something radical has re-invigorated me in some weird way, even if it doesn't end up happening.

On the same-as-usual front, I've been going to too many Timberwolves games and a few plays and even a Scotch class.

The Guthrie Theater still gives me complimentary tickets to selected performances of most of its plays, which I appreciate.  Two plays that I saw this fall were Tribes and Skiing on Broken Glass, two relatively new works given great interpretations by the Guthrie.

Something new, something old:  The Guthrie has been doing Dickens' A Christmas Carol every holiday season for 30-some years -- every year, a masterful production -- and, even though I've seen it before several times, there were the tickets, and I took my son Tom, who hadn't seen it, and it was fun.  The sobering fact, seeing it on the 17th of November, is that some people are already thinking about Christmas.  Some people are already listening to Christmas music.  Some people are already planning on Christmas-shopping on Thanksgiving at those awful retailers that will be open that day.  Help! 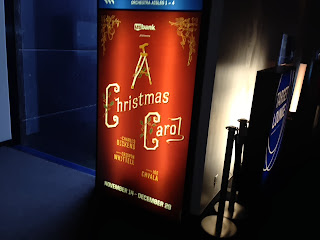