'tonight' won't be just any night 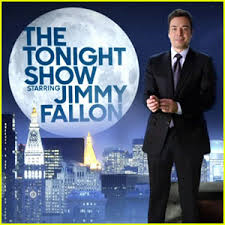 It was partly because it came on right after the Olympics opening ceremony (which I watched part of), but the last Late Night with Jimmy Fallon show set a ratings record for that show, and next week Jimmy Fallon moves on to become the new host of The Tonight Show.  Jimmy Fallon seems like such a nice guy and is extremely talented -- he was just on too late for someone likes me who falls asleep in front of the TV way too often -- so I'm a little excited that he'll be in that earlier time slot.  Plus, he moves the show back to New York, where it belongs.

And I gotta say, the Olympics sure look good in HD.
Posted by Howard at 4:35 PM