We could have danced all night, but instead we spent a wonderful evening sitting in theater chairs watching the Guthrie's new production of My Fair Lady. 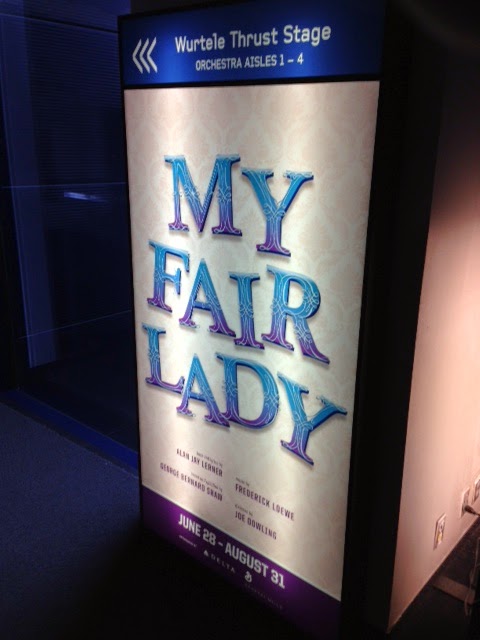 My Fair Lady, is, of course, a classic and probably the best-written Broadway musical ever created.  It premiered on Broadway in 1956 with Rex Harrison and Julie Andrews -- hard acts to follow -- as Henry Higgins and Eliza Doolittle.  For me, an admittedly sentimental and nostalgic guy, it's a favorite, so last night I treated 15 friends (mostly co-workers and their significant others) to tickets.  Some had never seen a show at the Guthrie Theater before and just seeing the Guthrie is a treat in itself.  Some others had never seen My Fair Lady staged before or had never seen it in any form.  The show was a hit with all.  The Guthrie, as expected, did a phenomenal job.  All of the performances were top-notch, but one stand-out was Tyler Michaels. Even though in a relatively small role, he perhaps stole the show with his rendition of "On The Street Where You Live" and his portrayal of the goofy character Freddy Eynsford-Hill.  Amazing sets, loverly costumes, all the stuff you expect from the Guthrie.  If you're local, it's there at the Guthrie until the end of August.  Lots of sell-outs.
Posted by Howard at 3:39 PM