we are stardust, we are golden 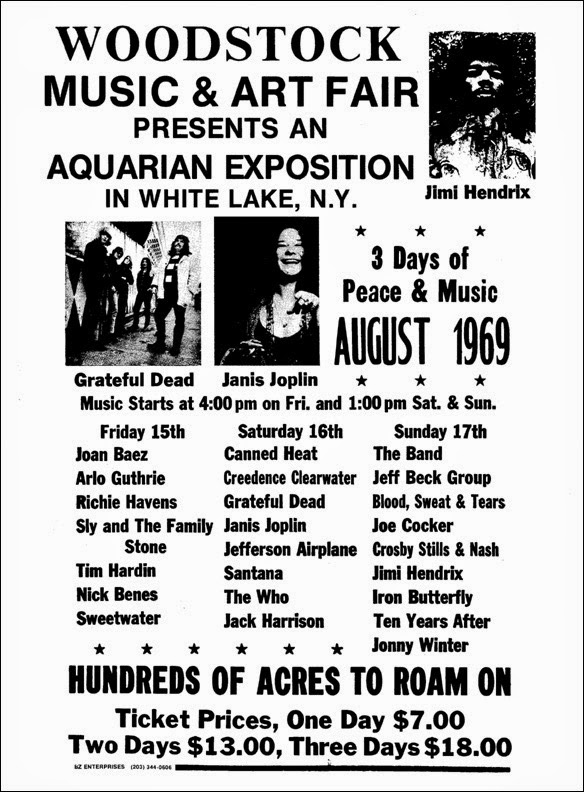 It was August 1969, and, no, I wasn't at Woodstock.  I was wearing olive-drab Army fatigues in Germany, just wishing I had been at Woodstock -- in retrospect, of course, since I didn't know about it until it was over and done with.

There was a big spread about Woodstock in Life magazine the week after, and I remember reading about it and seeing the photos and thinking, How great.  That gathering was a defining moment for my generation.

In my office where I was a Company Clerk, the battalion First Sergeant -- a hard, crusty guy with an almost-shaved head -- was visiting one day and looking through the Life article and saying something to the effect of he wished he had been at Woodstock with a machine gun to shoot down all those dirty, long-haired hippies.  I can't bad-mouth the guy too much since he did me a major favor a couple months later, but I just sat there in awe that a guy could hate these young people for just having a good time and enjoying life and having a lot more hair than he did.  It was 1969, though, and the Generation Gap was in full swing.

But, sitting here exactly 45 years after that Woodstock weekend, a crusty guy myself now, I'm thinking about the things I would have hated about being about Woodstock:  the mud, the 400,000 people (some of whom had to be really annoying), the lack of food, the long lines at the port-a-potties, the massive traffic jams even getting there...   But -- to have seen Hendrix, Joplin, Cocker, etc., etc..... Ah yes, worth it all. 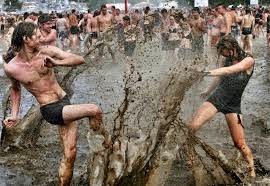