wading ever deeper into shallowness 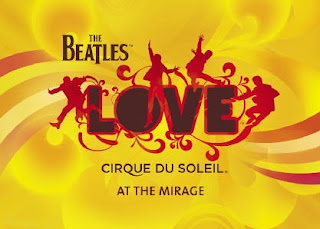 It should be obvious by now that anything I write from Las Vegas will never win a Nobel Prize for Literature. A person's perspective changes, the brain metabolizes, gets a bit loose and mushy. For instance, I caught Jerry and Tim, professional men in their fifties and sixties respectively, talking yesterday about how much they would like to go to a Lady Gaga concert. Can you picture that, us at a Lady Gaga concert? But Jerry is convinced that Lady Gaga and her boyfriend (with a mile-high Mohawk) were checking out next to us when we were here at the Mirage in April. Now I admit that I wouldn't know Lady Gaga if I tripped over her, but Jerry would (thanks to the National Enquirer), and the woman checking out certainly dressed and looked like a celebrity of some sort, and the hotel workers were falling all over themselves kissing her butt, so who knows?
*
And on this particular visit I've noticed one -- well, maybe two -- things that I hadn't particularly paid attention to lately: cleavage is certainly very in right now, isn't it! Or maybe it's always been in and it's just more, well, out in the open these days. I'm so slow to catch on to some things.
*
And if I were being my usual grammatical self, I would have titled this blog entry correctly -- "wading ever more deeply into shallowness" rather than "wading ever deeper into shallowness." Or is "deeper" acceptable? I don't know. It's the Vegas effect.
*****
Last night, we went to the big show here at the Mirage -- the Cirque du Soleil show Love. What an enjoyable show, certainly my new favorite of the Cirque shows that I've seen. I had sort of low expectations for this one, expecting it to be kind of light and silly. Instead it's spectacular and beautiful, and with all Beatles music how can you go wrong?
*
I Should Have Known Better!
Posted by Howard at 8:39 AM