the boy flies to baltimore 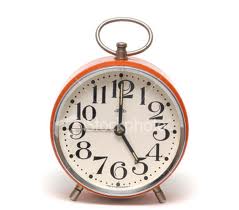 5 a.m. is a heck of a time to set an alarm for, but James -- my nephew, our protégé, the soon-to-be University of Minnesota student -- was heading back to New Jersey for a three-day visit and the cheap flight was early morning -- to Baltimore, instead of the usual Philadelphia -- and his cousin was paying for the ticket, so price was an issue.

So we were up at 5 to take him to the airport.

And Jerry and  I, once we were up and out of the house, kept commenting on what a beautiful time of day it was, something that we always know but need to be reminded of.  On the way home from the airport, we stopped at the Egg & I restaurant for the "early-bird breakfast" -- it was only 6 a.m.! -- and were the only customers, and it was great.  After that, I came here to the office very motivated compared to my usual Monday morning self.

I need to do this more often -- minus the airport run.  The hard part is going to bed early the night before.
Posted by Howard at 9:17 AM