Remember the old story about the Dutch boy who saved Holland by putting his finger in the dike to plug the hole that would have let floods destroy his country?

For some reason, I thought of that story last night while watching what I could stomach of the latest Republican Presidential debate, when Little Marco Rubio was asked by the mayor of Miami, Florida (a mayor who for some reason has endorsed Rubio, in the state that Rubio theoretically represents) about the rising waters that are already flooding some Miami streets, that if the trend continues will eventually drown and wipe out the city of Miami.

Marco, true to the wishes of his corporate backers, repeated his robotic mantra that climate just naturally changes, and even if the cause of climate change is man-made, so what?  If we tried to be better ecologically, India and China would still stick to their standard polluted ways, so it wouldn't help save the earth -- so, in other words, why try?, the hell with Miami! (I'm paraphrasing!)   I wonder if the mayor liked that answer.  Shouldn't Little Marco have at least said, "We'll save Miami even if I have to go pack sandbags and put my finger in a dike myself?" 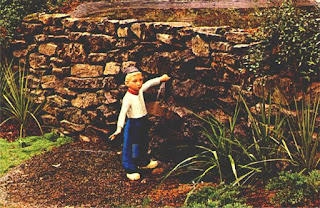