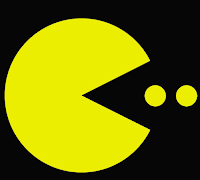 Ho hum.. Another Tuesday, another over-reporting of a Republican presidential primary, this time in Florida.

I was just reading, today is also the day that the names of the major contributors to the "Super PACs" will be released.  Do you know about the Super PACs?  If you don't yet, you will in the general election, if you are in the U.S. at least. They are the PACs (PAC=Political Action Committees), thanks to our right-wing Supreme Court, to which zillionaires and corporations can make unlimited contributions.  Those PACs can be created to promote specific political candidates separate from the accountability of the candidates themselves, so they can be used to create TV ads, for instance, that are full of lies and slime and distortions and the candidate himself or herself can play innocent -- "I have no say in what they do. It's free speech."

One example is that Las Vegas casino owner (of the Venetian Hotel, a casino I will never walk into again) who has contributed about $10 million to a Super PAC supporting Newt Gingrich.  Of course, this guy is worth $21 billion, so contributing $10 million would be like you and me handing a dollar to a panhandler.

So, as everything else in America is these days, it's all about Super Money, the big monsters gobbling up the rest of us.  It will be a disgusting election year, and maybe that's the real goal of the Super PACs:  to turn us off so much that we won't vote.
Posted by Howard at 10:07 AM